The EAGLE score was conceptualized during a 2-day meeting of an international multidisciplinary group of experts in ASD organized and hosted by the McLaughlin Centre at the University of Toronto, Canada. Following the meeting, this group continued to meet remotely to write a consensus manuscript, which was published in 2020. Ongoing scoring for additional genes for the EAGLE database is led by task group of advisors which includes representatives from molecular genetics, clinical genetics and child psychiatry, listed below. 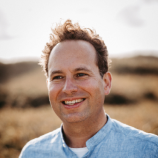 Dr. Schaaf serves as medical director and department chair of the Institute of Human Genetics at the University of Heidelberg, Germany. He is also a visiting professor at the Baylor College of Medicine and Jan and Dan Duncan Neurological Research Institute in Houston, TX, USA. He is a physician scientist and board-certified clinical geneticist (USA and Germany). Christian studies the genetic causes of neurodevelopmental and neuropsychiatric disorders, especially autism spectrum disorder. His work led to the discovery of multiple new disease genes, and two disorders, both of which manifest autism spectrum disorder, have been named after him: Schaaf-Yang syndrome and Bosch-Boonstra-Schaaf Optic Atrophy syndrome. Christian has been serving as co-chair of the ClinGen Intellectual Disability/Autism Gene Curation Expert Panel since 2017. Together with Jacob Vorstman, Stephen Scherer, and an international group of experts, he conceptualized and developed the EAGLE curation framework. 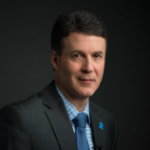 Dr. Scherer is Chief of Research and holds the Northbridge Chair in Paediatric Research at The Hospital for Sick Children (SickKids) and is a distinguished University Professor at the University of Toronto (UofT). His team contributed to the landmark discovery of global gene copy number variation (CNV) as a common form of genetic variation in human DNA. As part of this discovery, he founded the Database of Genomic Variants, which now catalogues >2 million CNVs, and is used to facilitate hundreds of thousands of clinical diagnoses worldwide each year. His team also identified CNV of specific genes involved in brain development to contribute to Autism Spectrum Disorders (ASD), demonstrating this human behavioral condition can have a biological basis. Early on, his research team conceptualized the need for annotated gene lists such as EAGLE, to support the diagnostic testing community, as well as functional modeling research in ASD. 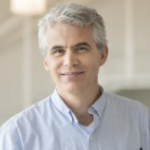 Dr. Vorstman is associate professor psychiatry at The Hospital for Sick Children and the University of Toronto, in Toronto, Canada. He is originally from the Netherlands and was trained in both child and adolescent psychiatry (clinic and research) and molecular genetics (research). Initially, his research focused on the psychiatric and genetic aspects of the 22q11.2 deletion. After obtaining his PhD in 2008, he broadened the scope from 22q11DS to the study of genotype-phenotype relations in neurodevelopmental disorders, in particular autism, intellectual disability and schizophrenia. In September 2017 he moved to Toronto where he, together with his team at the Autism Research Unit, initiated a multidisciplinary clinic called DAGSY (Developmental Assessment of Genetically Susceptible Youth), designated for children with genetic risk variants associated with a psychiatric or neurodevelopmental outcomes. He is co-chair of the ClinGen Intellectual Disability/Autism Gene Curation Expert Panel and helped coordinate the multidisciplinary consensus underpinning the EAGLE curation framework. 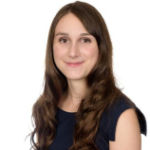 Ms Rennie is an MD candidate at the University of Toronto, and Research Technologist in Genetics & Genome Biology at The Hospital for Sick Children in Toronto, Canada. She originally completed her studies in neuroscience and psychology, and is particularly interested in understanding the role of genetics in neurodevelopmental, neurological, and psychiatric conditions. Olivia has been involved for several years as a biocurator with the ClinGen (Clinical Genome Resource) Intellectual Disability/Autism Gene Curation Expert Panel, and was a member of the team responsible for developing the EAGLE gene curation framework.